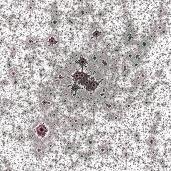 In 2008, mystified released a greatly-received ambient drone album through Small Doses Records: http://www.small-doses.com-- called "Skywatchers". Not only was "Skywatchers" popular, it was also critically acclaimed, with nary a negative review.

Mystified decided to revisit the drone pieces from "Skywatchers", setting them to techno and electronica sounds, for "Skywatchers 2". This follows mystified's pattern of blending abstract drones and beats. "Skywatchers 2" is, then, a remix album, the beats breathing new life into the original sounds.

Both "Skywatchers" and "Skywatchers 2" are dedicated to people who search the skies for meaning and beauty-- special thanks, Grand-Dad.

Special thanks also to Joe Beres for his excellent work on the original "Skywatchers".

NOTE: As of January 29, 2011, "Skywatchers 2" has been remastered from the ground up, from 24-bit audio. A new version of "Mad Galaxy Remix" has been posted and all files have been re-created and are available in hi-fi mp3 or 24-bit FLAC.